Uncovering the Truth in Pharmacy Pricing

It seems as if everyday on some form of media there is a mention of the problems with drug pricing. Pharmacy benefit managers blame the drug companies, drug companies blame pharmacy benefit managers, and the finger pointing goes on and on. One thing that is certain, drug pricing is manipulated, and consumers pay the ultimate cost. An example of this at a high level can be seen through several states’ audits of their Medicaid systems. In Ohio, Kansas, and Mississippi internal audits of their Medicaid provider resulted in over $170 million in settlements of fraud. Many other states continue to audit and uncover abuse with pending cases. While these are egregious examples of what can happen in a poorly managed contract, I will now attempt to explain the state of pharmacy.

The need for a Pharmacy Benefit Manager

The first Pharmacy Benefit Manager (PBM) started in 1968 and was created to establish uniform pricing across the industry where no common pricing yet existed. There was a need to contain employer and employee costs. As more PBMs entered the space to do the same, the program initially worked. Employer/employee costs went down, and pharmacies were paid a fair profit for the product. The process worked. However, consolidation started within the industry and many of those PBMs that functioned to ensure all stakeholders were treated fairly, were acquired by larger companies that were focused more on their own shareholders. This is where the problems started, but before I start to discuss in more detail it is important to note that PBMs do have value. For example, their ability to negotiate rebates on the employer’s behalf to decrease the cost of a brand name drug from $500 to $300 is something that only they have the power to do.

Pharmacy Benefit Managers design formularies that have what they feel are the best clinical options for patients. However, most of these preferred drugs are placed on formulary based on who provides the biggest rebate. Essentially, the best clinical outcomes with preferred drugs driven through rebate incentives and nonpreferred drugs driven due to clinical need and little to no rebate. In essence, when you look at your formulary, lower copay brand name drugs are lower copay due to rebate incentives. In addition, lower copays on your plan drive higher utilization and additional rebates. Sounds great in theory, however I recently read a contract from one of the big three PBMs (that control 80% of the market) and found it interesting that it claimed to pass through all rebates to the client. The issue was the asterisk next to the statement. In this particular contract, the asterisk noted that Tier 1 drugs (preferred generics) included several brand name drugs at the Tier 1 copay. These drugs were high usage drugs (like Adderall XR, Advair, etc.) and the contract noted that the rebate for these drugs would not be passed to the client. It also stated that the PBM reserved the right to retain up to 4% of Wholesale Acquisition Cost of any drug that qualified for a rebate as an “administrative cost” for negotiating rebates on the client’s behalf. From a contract standpoint, the client or broker typically hears passing through all rebates and misses the fine print where they clearly state that is not the case and even take a portion away as an administrative cost. To further comprehend this issue, it is important to understand pricing methodology along with the source of hidden PBM revenue.

Why do medications cost so much?

Pharmacy pricing is extremely complex for those that are not in the industry, and I will try to explain this as simply as possible. Almost all contracts, in my experience, are written based upon Average Wholesale Price (AWP). Average Wholesale Price is the equivalent of what the MSRP is on a new car. It is the highest listed price for a drug. So, when you see a contract that says AWP-18%, if you think it’s the actual wholesale price, it sounds great. Coincidentally, there is another price below AWP that is the Wholesale Acquisition Cost (WAC). The WAC is the average cost that a pharmacy can buy the drug for before rebates from their wholesaler. The WAC is typically 20% below AWP. I mention pharmacy rebates from the wholesaler because they do receive some, but these are negligible in affect to drug pricing. So, in a basic illustration below, you will see how a contract will work at AWP-18%:

In the example I mentioned above regarding up to 4% of WAC as an administrative fee:

Pretty simple, right? You see how to calculate your price, but now you know that there may be a hidden charge classified as an administration fee that impacts the rebates that you thought you were getting.

Now I will let you in on the second part of this contract. Your PBM tells you that they will negotiate the lowest possible cost for you, that’s why you hired them. What you are unaware of is that your PBM has a different contract with the pharmacy. In an example like the one above, your company is paying AWP-18%, but the PBM has a backdoor contract with the pharmacy that only pays them AWP-20%. In the Eliquis example above, not only are they potentially making money on an unclear administration fee, but they are also making $11.98 off you by keeping the difference in the contracts. They do the same with Generic Effective Rate (GER) and Brand Effective Rate (BER). Your contract is different than the backdoor contract with the pharmacy. Max Allowable Cost (MAC) is commonly written into contracts and when pharmacies request a list to try to lower their acquisition cost, they are hardly ever shared. Oh, and they also charge the pharmacy for the transaction fees per claim.

Pharmacy contracts are written to be confusing with lesser of language in regard to price and a multitude of confusing terms because they know that most people only look at the reprice and the rebates because the sector has become rebate driven. When I first began working in the benefit space, I remember seeing a charge where a patient paid a $45 copay, and the company was billed $930 for the drug. I politely called the independent pharmacist and asked how much the insurance company paid for the drug. He only received the $45 copay and insurance paid zero. The company was billed $930 for a drug that they paid nothing on, and the best part is that the drug cost $29.11. That doesn’t sound like the best price using the lesser of lingo in the contract. One other thing to note, many of these PBM’s, because of backdoor contracts, pay the pharmacy below cost + $1-$2 dispensing fee.

In summary, I have explained to you the excess and hidden costs associated with drug spend. All these reasons are why I decided to start a program that addresses fix the problem. So, why are we different? Direct Rx does not use AWP to contract. We use a patented acquisition index that pays the pharmacy their cost for the drug plus a dispensing fee. We do not own a pharmacy, nor does our parent company DirectRx Solutions. We support small businesses and leverage independent pharmacies to provide mail order services to our clients. This includes our Specialty Pharmacy. We have an independent company that manages our Prior Authorizations, and our approval rate runs at 30% below the larger PBM’s because we follow the clinical guidelines and have no backdoor profit from approval. We created InterceptRx to layer on top of these egregious contracts and utilize our proprietary software to identify overcharges to your self-funded plan. We then leverage direct contracts to provide the same drug at a fraction of the cost to you and your members. The industry is broken, and we have the solution. We want lifetime clients to innovate results together and continue changing the industry. 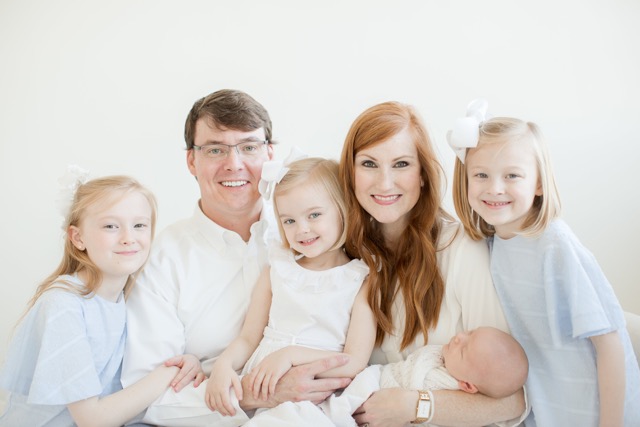 Donald Anderson grew up in his family’s pharmacy in Birmingham, Al. He received his PharmD from Samford University and an MBA from Mississippi State University and spent 25 years with CVS Health in various leadership positions, including 12 years in Field Management. Don currently owns Rx Operating Solutions, an independent pharmacy consulting business, and created the InterceptRx program to reduce drug spend for employers. He lives in Florence, AL with his wife and 4 children.